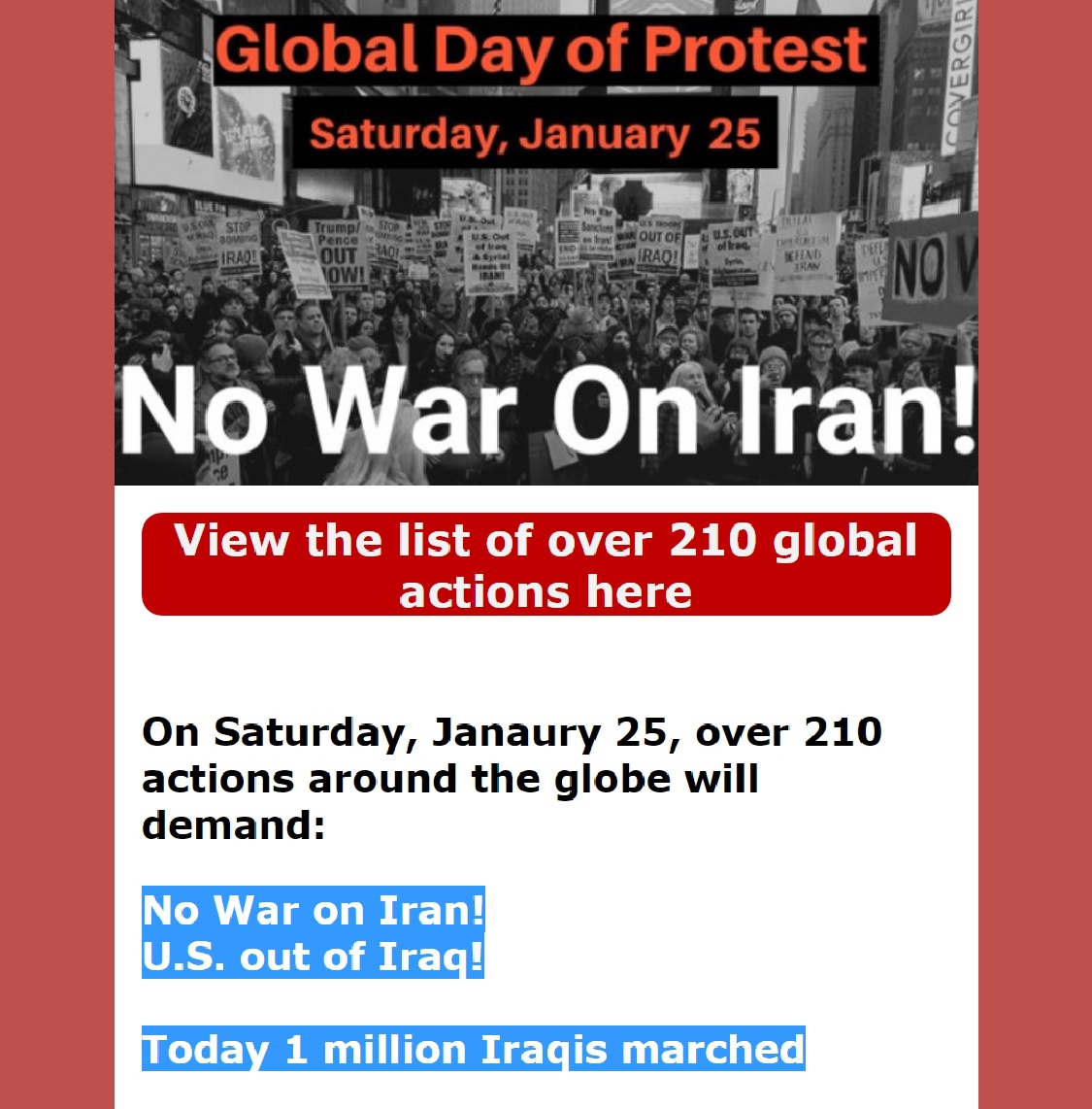 Global Day of Protest on Saturday, January 25. Actions around the globe. Yesterday 1 million Iraqis marched. Today, January 25 people around the globe will come into the streets to denounce U.S. aggression against Iran. The Global Day of Action follows mass protests of 1 million people today in Baghdad demanding U.S. troops out of Iraq. Now more than ever global solidarity is needed to prevent another war, and get the U.S. out of West Asia and North Africa. No war on Iran! U.S. out of Iraq!

Initiators/Endorsers of this call include:

What's next after January 25?

In addition to the continued threat of air stirikes, drone warfare and invasion, the imposition of even harsher U.S. sanctions on Iran is another kind of war, and economic war that will claim the lives of thousands of Iranians.
It is crucial we continue raise counsciousness about sanctions within the anti-war movement, and among all working and oppressed people around the world.
That's why over 1000 organizations and individuals have come together to organize the:

International Days of Action Against Sanctions and Economic War
March 13 – 15, 2020

Can you organize in action March 13-15 in your city?
List your event for the International Days of Action against Sanctions and Economic War
Endorse the March 13-15 Call to Action

Join in the organizing against U.S. wars and sanctions, find resources for mobilizing, and learn more about the impact of U.S. imposed sanctions at sanctionskill.org.

Your support is crucial to sustain the anti-war, anti-imperialist, anti-racist work of the International Action Center. Help us continue to organize: 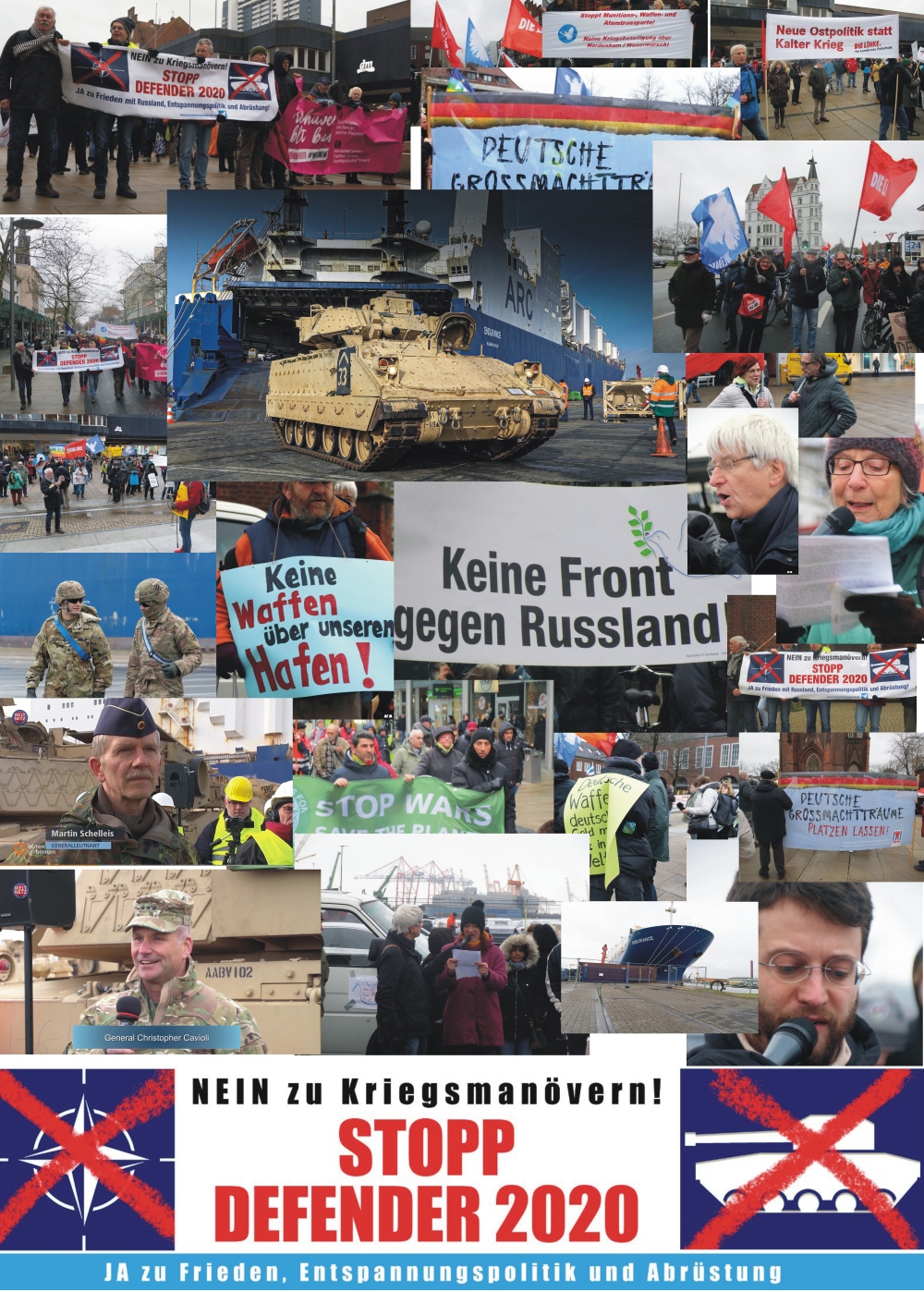 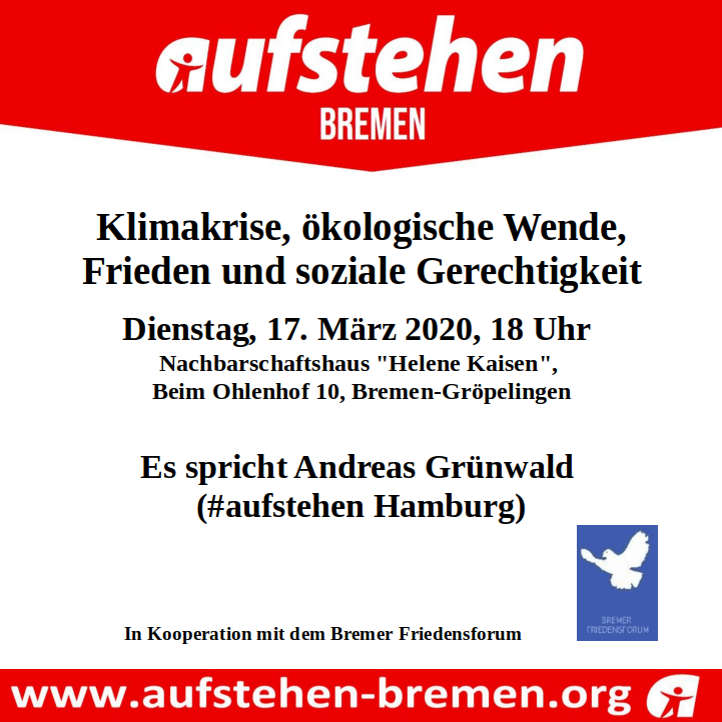 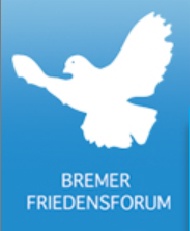